BABE at the Arnolfini, Bristol

I will be exhibiting here as usual at the weekend ; I'm late posting due to a nasty two week virus...

...which also stopped me making another Boccaccio book for the fair, but I have put some pictures up anyway - the first one will be exhibited at the Rylands Library in Manchester in July as part of the exhibitions and conferences to celebrate the 700th anniversary of Boccaccio's birth this year. 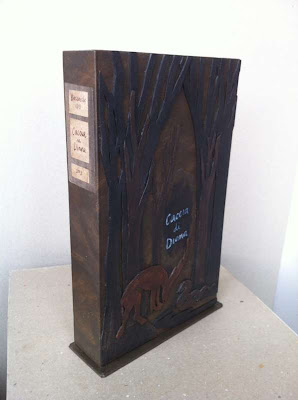 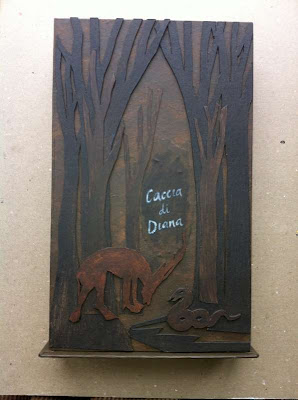 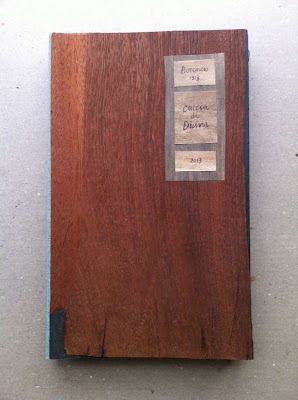 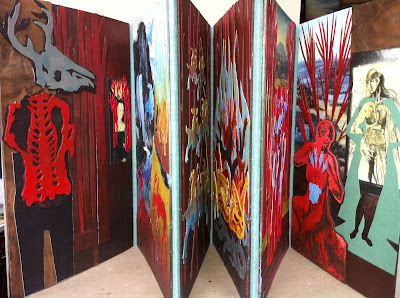 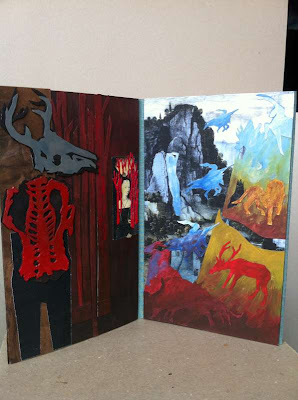 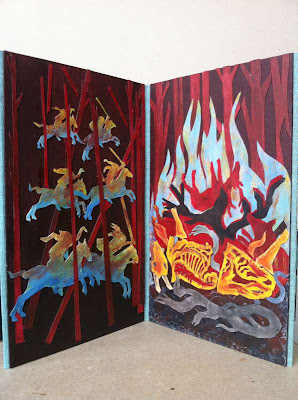 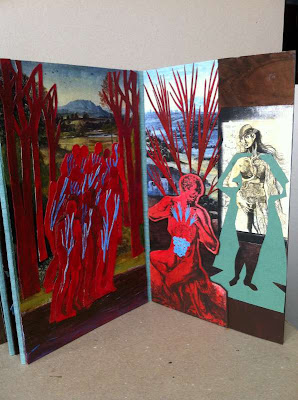 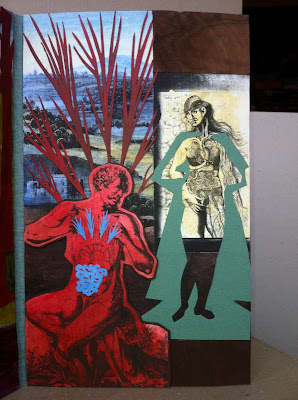 Caccia di Diana - Diana's Hunt, was Boccaccio's first book written around 1333-4 when he was about 20 years old.
It is quite playful and related to stories by Ovid; I was attracted by the mysterious figure of the stag, who, unlike Actaeon, survives, and his 'lady', not named but probably 'Fiametta', little flame.
The plot is thus - the narrator sees the goddess Diana bathing and sends her nymphs out to the four quarters of the world to hunt roebuck, boar, lion and unicorn. Then a posse of Neapolitan noblewomen rush in to hunt, crashing through the woods chasing and killing all manner of beasts including a family of snakes. On the advice of a mysterious 'fair lady' they pile their trophies on a sacrificial fire dedicated to Venus, from which they spring transformed into beautiful young men, who running through a river emerge mantled in vermillion.
As a final twist the narrator, who we now learn was actually a stag all along, is similarly transformed and offered to the 'fairest lady'.

I shall have lots of other little books...hope to see you there........see more on www.arnolfini.org.uk

Two weeks later I will be at Turn the Page in Norwich - see details under NEWS on my website
www.carolyntrant.co.uk
Posted by carolyn trant at 12:51 No comments: