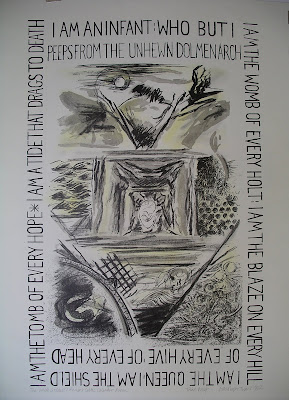 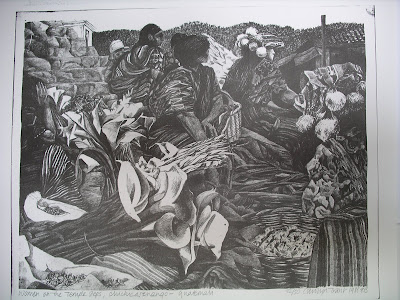 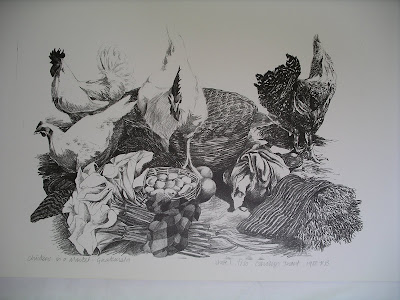 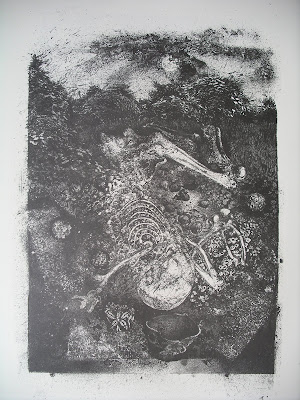 I went to the talk at the Tate given by Stanley Jones, Paula Rego and Alan Powers last week, to accompany the display celebrating 50 years of the Curwen Press in Tate Britain and the new book by Alan Powers. It was great seeing Stanley as usual, and his public reminiscences were fascinating and suddenly put everything in perspective and answered questions I had never quite got around to consciously formulating.
Paula was wonderful at keeping things real with her practical approach, and fun. She re-iterated what I always felt about the Slade – you went to work with Stanley because he respected what it was you wanted to do, be it narrative or in any other way not the flavour of the month, and to get away from all that wretched dot-to-dotting in the painting studios.
I just slipped into lithography because I was working in the corridor next door; I was really doing woodcuts and trying to learn Japanese processes with the help of Lynton Lamb, who was unfortunately soon to retire; ( he got me the job teaching wood engraving at Heatherleys to make ends meet). ( And I was hand printing wallpapers at night in Peggy Angus’s studio in Mornington Crescent with lino blocks..)
When I left the Slade I was approached by Stephen Reiss, who I now know had just taken on being the new Managing Director of Curwen Prints in 1975, to make two lithographs for the new venture Royal Academy Graphics , to be sold through the other new development – Business Art Gallery, upstairs at the RA, which was to be a sort of showcase for Curwen.( Eventually it moved to Windmill Street near the old Curwen Gallery .)
I can’t remember which came first, him starting to sell my tempera paintings in the RA Gallery or the commission for the prints; he really just wanted them to be in the same style as the paintings – not necessarily what I would have chosen to do but I lacked confidence to protest, and in any was not going to jeopardise the chance of working with Stanley again in the Studio at Midford Place.
Living as I was in the depths of the countryside with, at that point, two young children, it was bliss to be back working in London. I never had the time to get together another whole show of paintings for the New Grafton Gallery ( where I had my first one-woman in 1974 ) and continued to dribble them out through the BAG Gallery for some years.
Working in Midford Place was wonderful and the technicians were really helpful and a joy to work with. It is often quite difficult to work outside your own studio surroundings, but Stanley somehow made it seem very comfortable and you felt very well supported and cosseted. It was a very good experience ( even tho I absent-mindedly left all my artist proofs in a shop in Oxford street, and only realised on the train on the way home ; I let out a scream as we pulled out of Clapham Junction and had to get out E Croydon and go all the way back to try and find them – amazingly despite it being the time of bomb scares ( IRA?) they were still there against the counter….they were worth quite a sum of money to me and were part of my ‘wages’).
Over ten years later, I bought my own huge litho press – a 9 foot long, two ton DEFA – and tried to go it alone, first in the Star Brewery studios, and then when the business rate made things impossible, back at home in my kitchen.
I did a lot of lithographs, from drawings when I came back from Guatemala in 1987 and then when I was doing the long archaeological project – Rituals and Relics around 1989-92. See images above.
Reading Alan’s book put a lot of things in a wider perspective; when you are younger you don’t realise what you are part of, you just presume everyone has been doing these things for ages; in the same way I didn’t realise until I read David Wolfer’s obituary, that I was one of the first batch to exhibit at the New Grafton Gallery’s new premises. I wish I had known earlier that Stanley was tutored by Ceri Richards, or that Keith Vaughn was still teaching at the Slade when I was there and presumably still walking around somewhere in its labyrinthine corridors.
Perhaps I was just particularly vague and distracted; but the Slade was a very vague and distracting place.

So – three wonderful shows in the space of a week; the Eileen Agar at Pallant House, the Maeght exhibition at the RA, and the Tate Britain display. I feel really invigorated.
Entering the Sackler Galleries was magical – a feeling I had not had since the Matisse paper cut-outs in the textile exhibition.. Braque I have loved for ever, everything he does; Miro I get to love more and more; Giacometti was the first big exhibition I really remember going to as a teenager at the Tate – in the sixties? – and always brings back that time to me – I saw a wonderful collection of his early work in Basel a few years ago too, small and white and surreal and playful, before the larger figures.; Calder is a name I know well from writing the Peggy book – they were friends and he borrowed her studio to make a collection of work for an early exhibition; and there was the famous Calder ‘hand’ toilet holder in the privy at Furlongs which disappeared and was replaced by a copy. I had written about the toys he gave Peggy’s children – and could suddenly see what they must have been like. The exhibition was so beautifully laid out and the juxtapositions were so lovely of the different media; and it was great seeing the little video clips of them all with their friends.
I feel very guilty, because I went round a lot of new galleries in the East End with my eldest son the weekend before, hoping to find this sort of excitement, but not really getting there. Is it me or the work? I feel peculiar finding these particular shows of old stuff much fresher, particularly the Agar which includes a lot of things that haven’t been seen much before.
Posted by carolyn trant at 09:43 2 comments:

These are some new miniature 'Winterreise's that I've been doing for the Open House Show in Brighton... 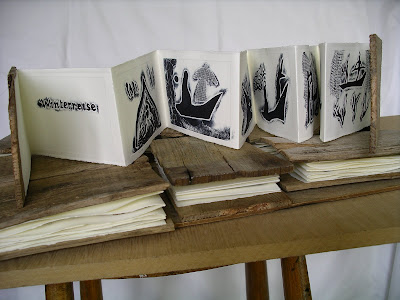 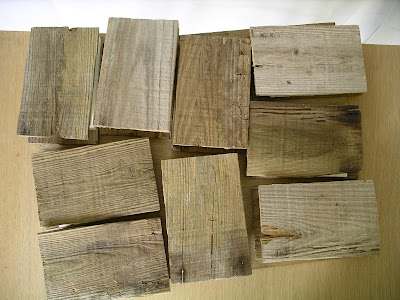 Here are some pages from the books of old cut up prints.... 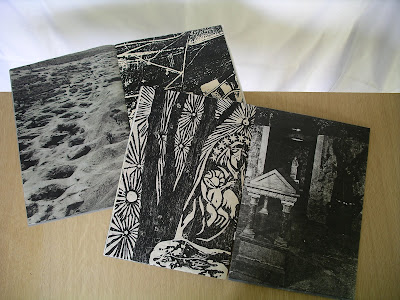 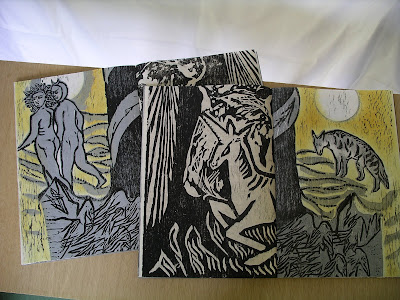 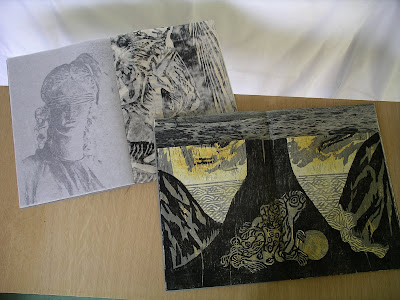 Here's what I have really been doing - finishing printing my own copy of Lorca's Sonnets of Dark Love at last, there were a few texts still to do. 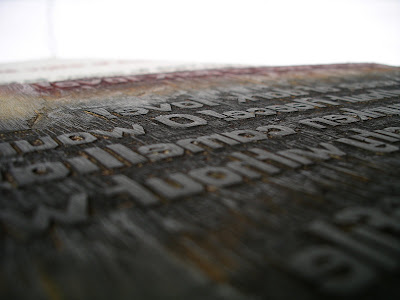 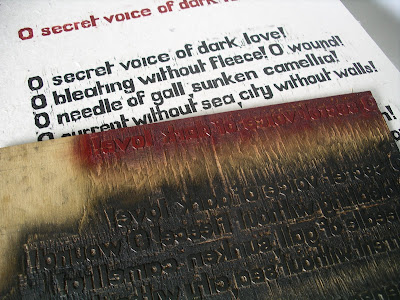